A forum for poker players in Colorado.

Folding here seems to be correct. I would have raised to at least .75 or .80 preflop, given the action, leading to about a $1.30 bet on the flop. But as played, the fold is likely correct more often than not. 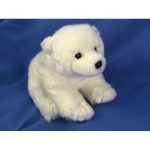 I have to call getting more than 4/1 on my money. Sucks if he has a K.

ended up calling. he flopped a set. agree with the pf raise comment.....raised small hoping he would come over the top, plus i don't mind taking AA to the flop against a couple opponents. a strategy that works ok in smaller games, not so much against better opponents

Reads are a lot more difficult online. Barring a significant history on the player, I guess I would fold. If it's a bluff, it's a good one. That's why it's called "earning it".